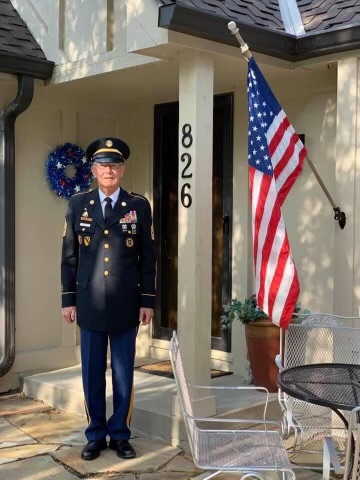 We are proud to announce the Pit Boss Hero of the Month is Army Veteran Charlie Lee! Charlie has lived a life of service, dedicating 30 years to serving in the Army. This includes combat tours in the Vietnam War, where he was a Platoon Sergeant, and the Gulf War, during which he was a First Sergeant. When Charlie concluded his service, he was a Command Sergeant Major. If you ask him what inspired him to join the U.S. military, he says he was following in the footsteps of his family members. Both his grandfather and father served, and his father earned the Silver Star Medal. “It just seemed like the natural thing to do,” Charlie said. Now that he’s retired, Charlie regularly carves out time to spend by the grill, serving up family favorite meals for those he loves. In fact, he says he fires up the grill about once a week in the winter and multiple times a week in the summer. As for what’s on the grill, Charlie can typically be found grilling up salmon, ribeyes, or hamburgers for loved ones in Omaha, where he lives with his wife, Mickie. Thank you for your service, Charlie!