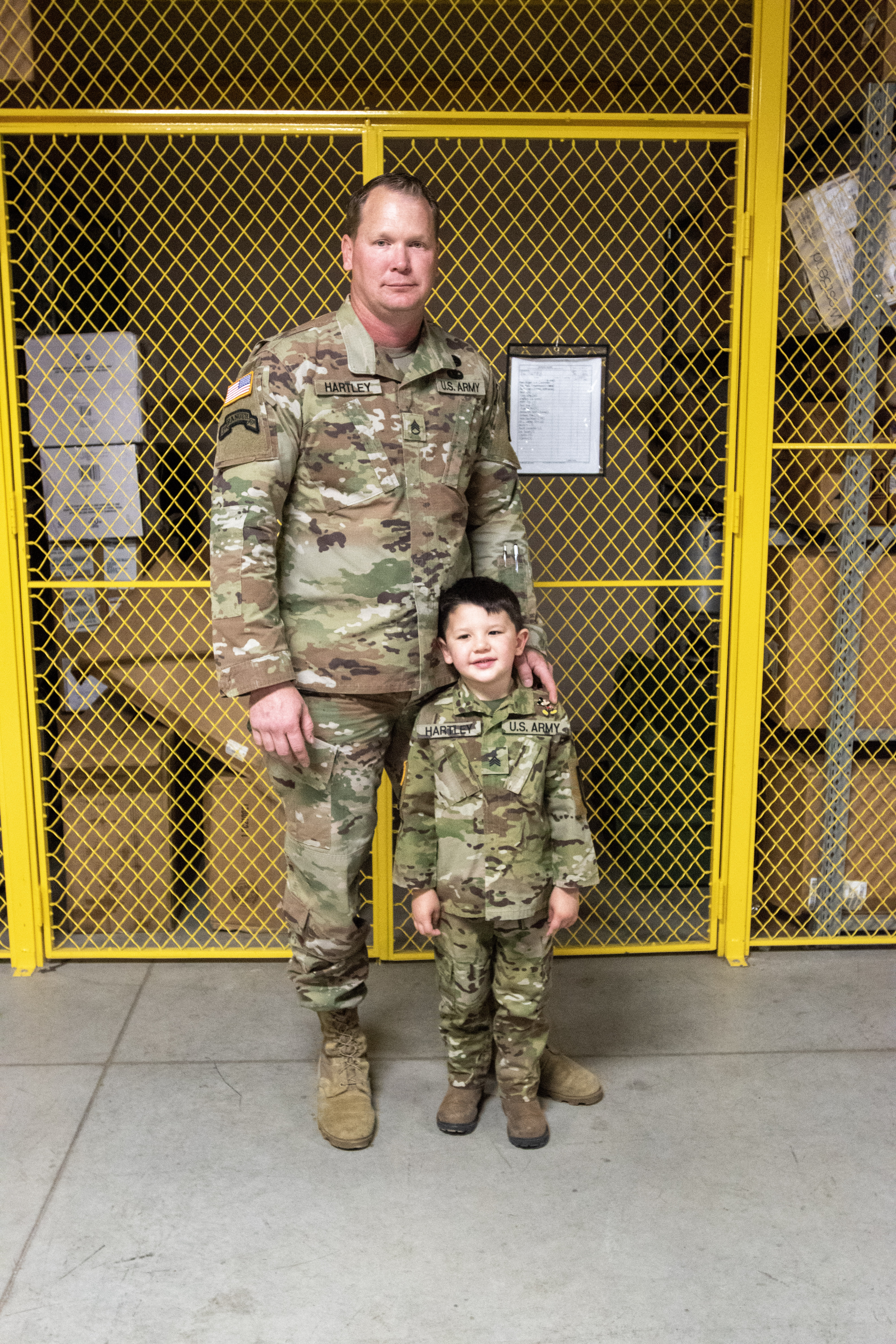 Pit Boss Nation, join us in honoring our June Hero of the Month: SSG Hartley! This hero was nominated for his selfless attitude both at work and at home. He served as an Army Ranger and re-enlisted 3 years ago, now serving as an SSG in the National Guard. “His selfless service reflects why he is a hero in my eyes,” said his wife, Jennifer. “He has always put others before himself and helped so many.” He followed in his brother’s footsteps in enlisting in the military. “There is a saying that ‘Warriors aren’t born; they are made,’ and this is exactly why he chose to be in the service,” Jennifer said. “Unfortunately, he lost his brother in action in 2008.” When off duty, he can be found behind the grill. Brisket is his go-to, but he plans to start making beef jerky for when he’s out in the field. The best part for him is the time spent with family, gathering around the grill. “He loves cooking for his friends and family,” Jennifer said. “He loves watching the kids giggle when he’s throwing eggs up in the air or making chocolate chip pancakes and acting like we are all on a cooking show. He says that’s the best part of making food is watching the kids have a good time.” Those who know him say his attitude and willingness to put others first are what makes him a hero in their eyes. “He is a great leader and has proven that throughout his years of service and continues to proudly serve to help others,” she said. Thank you for your service, Hartley!